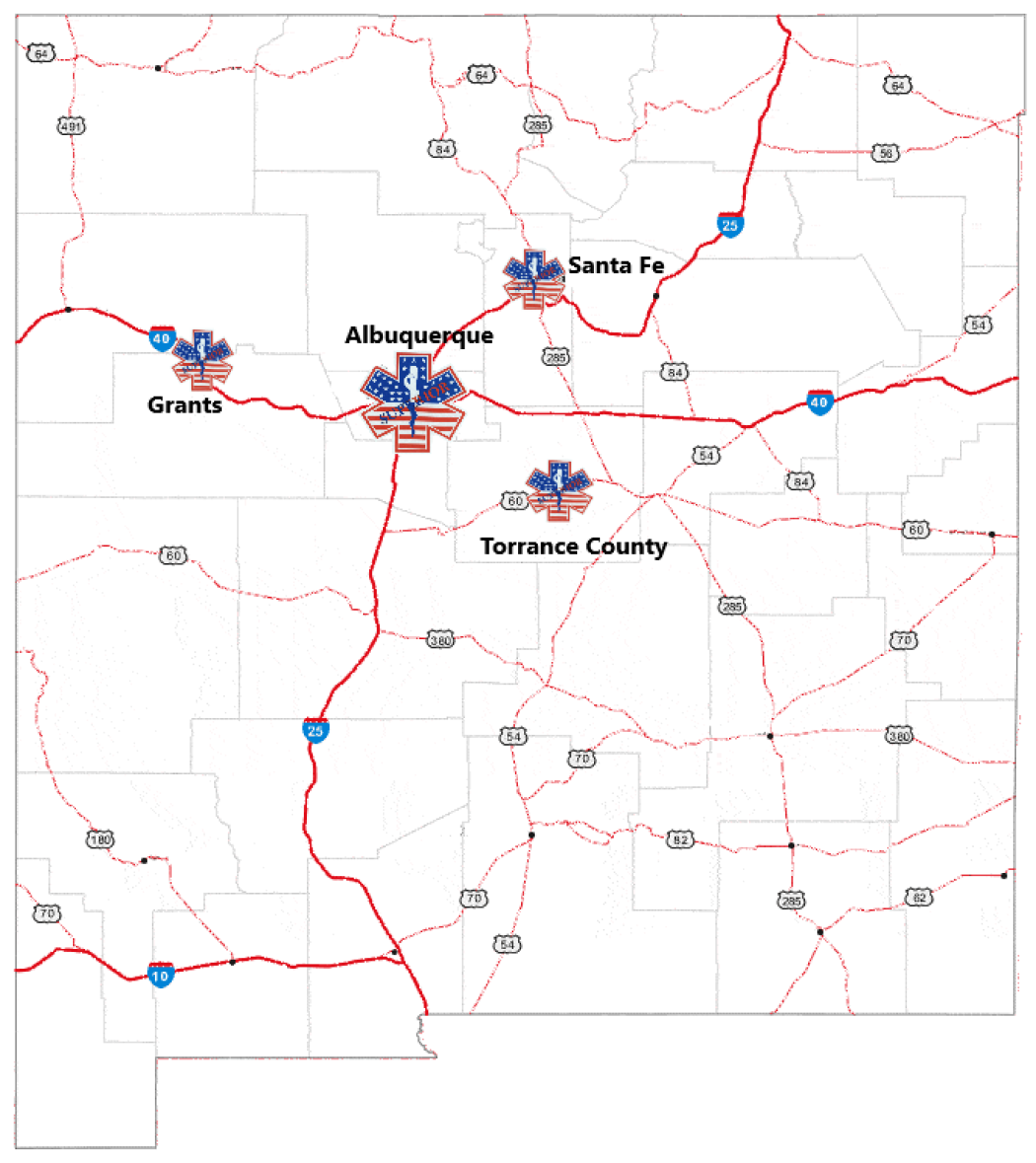 Superior Ambulance – Santa Fe, is based in our state’s Capital city, and is an hour north of Albuquerque. Superior-Santa Fe is primarily an Inter-Facility transportation service, providing BLS, ACLS, and CCT transportation services within the City of Santa Fe and throughout the northern areas of New Mexico. A traditional urban and rural community with many available seasonal activities. Santa Fe is world renown for its traditional Spanish and Native American cultures and art.